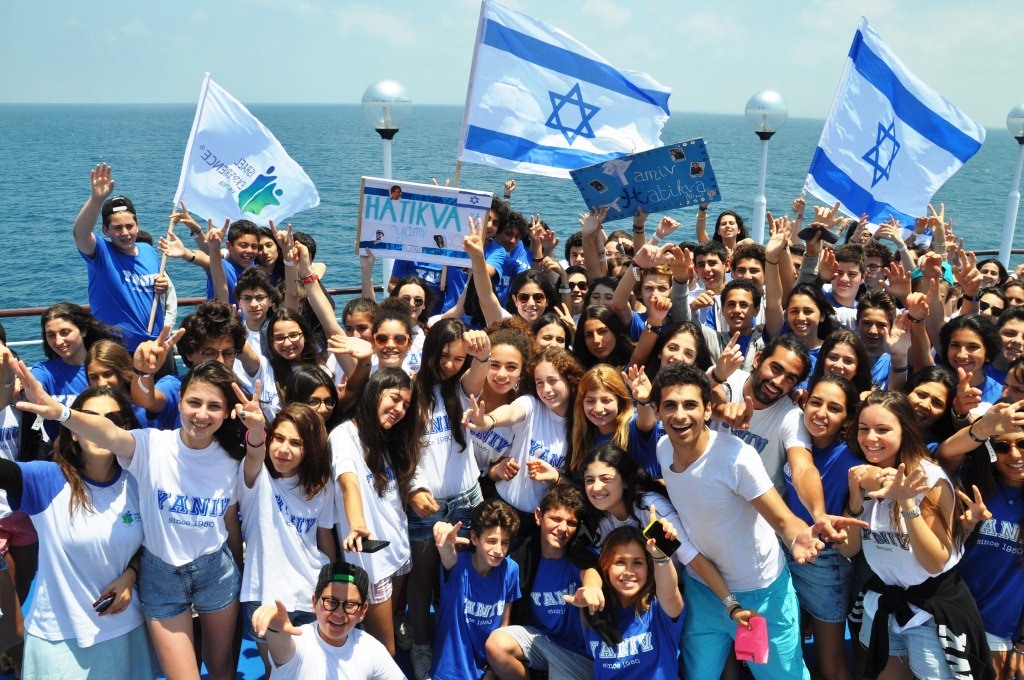 800 Jewish teenagers from France landed at Ben Gurion Airport this week, only to be met by an actor playing a British officer, instructing them that they were being deported. There they began the educational experience of a lifetime to the cruise ship “Hatikva”, where they would sail round-trip to Cyprus in order to learn firsthand the heroic story of the 1947 Exodus.

Israel Experience®, a subsidiary of The Jewish Agency for Israel, organized this journey as a part of the many summer programs for youth movements in France.  During their journey, participants learned of the heroes that dedicated their lives to the creation of the State of Israel, as well as to understand the full meaning of the State’s national anthem – Hatikva.

Among the passengers, participants met with 84 year-old Holocaust survivor Leah Shephtia, who travelled on The Four Freedoms in 1946, the Jewish refugee ship which arrived in Haifa and was deported to Cyprus. Leah came on board with her daughter and six grandchildren and – for the first time – told her story of her immigration into Israel.

“This is our place,” Shephtia said on her eventual return to Israel. “No place else.”

To get more information about educational programming for youth groups around the world through Israel Experience, please visit: https://www.israelexperience.org/programs/teen-travel/

See below an article published in Israel’s Makor Rishon newspaper: 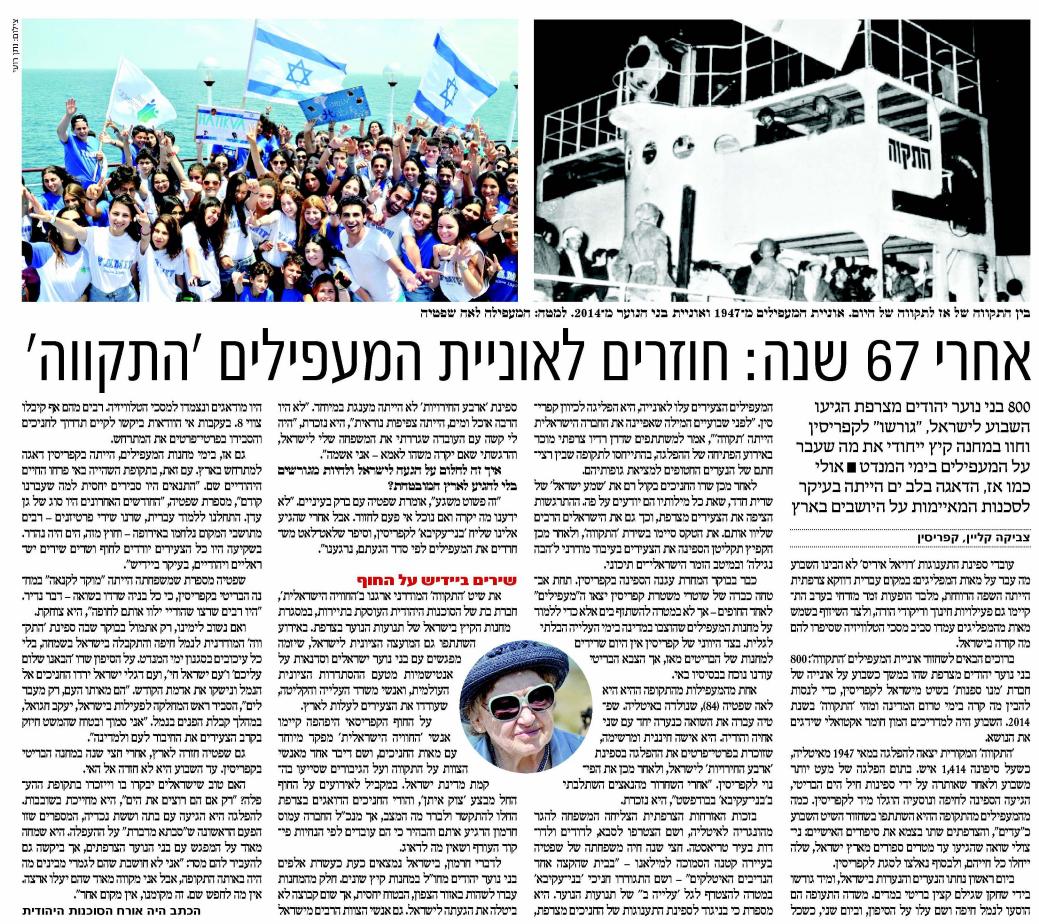