There is no doubt that food is the one of the most important things in the Jewish world (’They tried to kill us. We survived. Let’s eat!’). Following this principle, Israel Experience’s research team did a survey lately among our programs’ participants, asking them to choose their favorite Israeli food. Schwarma won big time.

For those of us who are vegetarians or vegans, we’ll have you know, that there is such a thing as a vegan Schwarma! On your next trip to Israel, check out these next places:

The Israeli food is updated and surprising. The fact that there are people from so many nationalities and places in one small country, creates new combinations, fusion of tastes, textures and flavors (and also can create a big mess, but we aren’t going to talk about it now). We thought about a few dishes from the Israeli food cuisine, that perhaps aren’t familiar as Hummus and Falafel, but without them the Israeli food cuisine wouldn’t look the same. 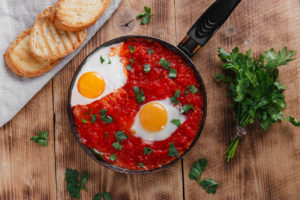 Shakshouka and how it captivated Israeli food

The origin of this amazing dish is from North Africa. The meaning of the name Shakshouka in the Berber language is a mixture. There is no wonder that it is such a big hit in the Israeli food cuisine, which is known for its food combinations and new inventions.The basic recipe is made up of poached eggs, onion, tomatoes and red peppers. Some say that Shakshouka used to be a common dish among North Africa Jewish communities.

What’s so fun about Shakshouka, is other than being amazingly delicious, it is the kind of food that you can play with. You can make eggplant Shakshouka, spinach Shakshouka, add Curry and make it Thai style Shakshouka or anything else you can think of. Next time you’ll be in Israel, make sure to try this Israeli food delicacy. 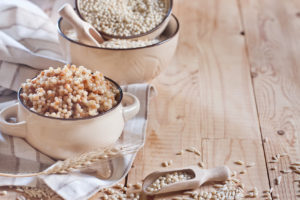 Well, there is no arguing that this one is an original Israeli food!

Back in the 1950’s, it was extremely rare to get rice in Israel, due to the Austerity period. The Israeli creative mind had come up with this substitute: toasted pasta shaped like rice grains.
Till recently, Ptitim were considered as a simple dish. Now days you can find them on the menus in fancy Israeli food restaurants and even in restaurants around the world. 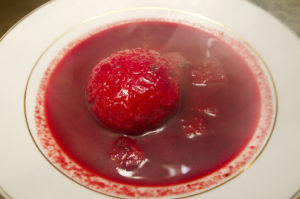 Also known as Kubbah, Kibbe, Kibbah, is a Middle Eastern dish, made out of Bulgur (Cracked wheat) or potatoes, stuffed with red meat, chicken or mushrooms.

The Kubeh can be either fried, served with a variety of sauces such as pomegranate sauce, lemon sauce and others, or it can be served in a soup. Yam!

You can tell by this pic that the Israeli food had welcomed this dish into his kitchen. Yam! 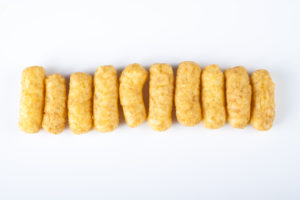 Bamba – We’ll have you know this is one of the world’s greatest inventions! (Or at least one of the best Israeli food inventions ever)

The Israelis love their food, but also their snacks!

Did you know that eating Bamba at a young age can help preventing peanut allergies?
Thanks to a huge international research, it was found out that the percentage of peanut allergies in Israel is significantly lower than other countries in the world, you can read more about it here. 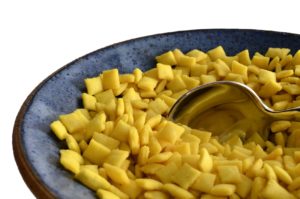 Most of Israeli kids will eat their soup with Shkedei Marak. Actually, in Israel we always say that the soup is an excuse for eating Shkedei Marak (even for us grown-ups). They are also known as mandlakh in Yiddish, or as “soup mandels” in the United States. We cannot imagine How Israeli food would have look without Shkedei Marak.

One of the best ways to learn more about Israel, is becoming familiar with the Israeli food cuisine, since it’s revealing Israel’s multi cultural nature and helps us understand some of the most interesting events in Israel’s past and present.
We have culinary tours on most of our programs, since we believe that Israel Experience should be of all senses. Our culinary themed Birthright group, Spices, is all about Israel’s food.

We hope that we will see you soon in Israel, so you can try the Israeli cuisine food by yourself!